How to find language learning opportunities for students

There has been a steady decline in language learning in schools. According to the Pew Research Center, only one in five K-12 students in the United States now learns another language, and just 10 states and the District of Columbia make world language learning a requirement for graduating from high school.

The decline in language learning carries over into college: According to the Modern Language Association, university and college enrollment in language courses dropped by nearly 10 percent from 2013 to 2016. During that same period, higher education institutions cut 651 foreign language programs nationwide.

This decline could have devastating effects on students’ ability to empathize with the challenges faced by global communities. The lack of accessibility to world language courses can also mar students’ future career prospects.

Benefits of learning another language

When students study a second language, they’re not only learning how to speak and write; they’re also exploring the many facets of a different culture. Students must immerse themselves in the values of a certain region to learn about the language, customs and traditions, foods, and pastimes. That is the curriculum of a world language course.

As students acquire greater insight into the lives of people in a variety of communities, they recognize not only how we are different, but more importantly how we are similar. When students compare themselves to others and realize that we are more alike than not, they develop empathy for others and a healthy sense of their country’s place in the world — that they belong to one of many nations on this planet. Students begin to understand the value of communication in their own lives. In examining and comparing socioeconomic and cultural complexities that exist in communities near and far, students’ concepts about what it means to learn a world language begin to shift from a fixed to a growth mindset. This transformation will spill over to other disciplines which, consequently, will help students socially and academically.

Empathy for others is one important benefit of learning a new language; another is global competitiveness. We live in a globalized world, and a growing number of U.S. companies are doing business internationally. In fact, a majority of U.S. companies expect an increase in global expansion within the next year, according to one survey.

Learning a second language can be a valuable job market skill. It makes students more employable in an increasingly competitive job market. Even companies that may not have a global presence are looking to hire employees who can speak other languages. Companies that have a multilingual staff can provide better customer service to non-English-speakers. For instance, a student who’s applying for a nursing job or a position with a bank or an insurance company has an edge on getting hired if he or she can speak Spanish, Portuguese, Chinese, or another language commonly spoken within immigrant communities.

Encouraging more students to study a world language is critical, but it will require overcoming some key barriers. One of them is the lack of confidence that many students have about their ability to learn a different language. There is an overall misconception that some students are just not prone to learning a new language. This myth hinders students’ chances to be successful in a world language course due to the preconceived idea that the study of a second language is only for a certain segment of the student population. Districts and schools can help change this mentality by promoting language learning as any other common core discipline, and as a critical tool to becoming more marketable to prospect employers in the future.

Just as importantly, students must have the opportunity to learn a world language. This can be a problem for students attending small or rural schools where resources are not available. Many schools already struggle to hire and retain teachers, and the problem is even more acute with respect to teachers in specialized areas such as world language instruction.

Whether schools have trouble recruiting and retaining language teachers, or they can’t afford or justify hiring a teacher in subjects such as Portuguese or Chinese, there are simple solutions available. For example, schools can utilize online learning and partner with a proven provider to offer high-quality online classes taught by certified instructors. With educators who are licensed and highly qualified to teach a variety of languages, you can expand the number of options available to students, without sacrificing the quality of learning.

Learning another language helps students understand, connect, and empathize with people from other cultures, and it sets them up for success in nearly any career path they might choose. To inspire more students to study a second language, schools should foster the mindset that learning a new language is entirely possible. School systems also must provide numerous opportunities for students to learn a language that interests them — and a proven partner can help.

“This article was originally published by eSchool News." 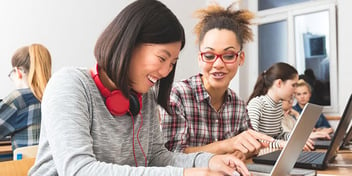 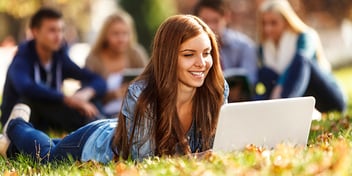 Not all online learning programs are created equally. When assessing the...

While We’re Tackling the Broadband Gap, Here’s Another Key Inequity to Fix