My Favorite Assignment: Film and Literature

“On a scale of 1-10, (disagree to agree) respond to the following statement: People’s freedom is more important than government control.” That was the prompt for my discussion post in week 8 of VHS Learning’s Film and Literature. We had been reading The Hunger Games in class and thinking about themes such as power, and control, and how they manifested in the book as well as in today’s world. I typed out a response. I deleted it. I left my computer to go on a walk. When I came back, I knew exactly what I wanted to write.

I’ve loved English ever since fifth grade, when my teacher let me re-write the entirety of How the Grinch Stole Christmas from the point of view of the grinch, and turn it in as an essay. Since then, I’ve found the subject intrigues me because it forces me to take on other people’s perspectives. Whether I’m inhabiting Ahab’s monomania or feeling Hamlet’s horror, once I’ve analyzed why characters do what they do I’m given more insight into how they think, and function. In exploring how others think, I’m finding I also enjoy discovering different perspectives outside of novels. Throughout my English classes over the years, my favorite aspect has always been the open class discussions. I love debating a good book or philosophical idea with classmates and I enjoy hearing different opinions and perspectives. I remember starting Film and Literature and worrying that the online aspect of the class would take all this away. Would the class be too isolating? Disengaging? How would discussion assignments even work?

When I got to the discussion post for week 8 of the class, I decided to take the unpopular position. I wrote a three-paragraph long opinion post highlighting how democratic socialism was a valid example of good government control. I included examples such as FDR’s New Deal, the social contract, even the Green New Deal, and was excited to apply my passion for politics in the film and literature class. I remember checking back every couple of hours to see if anyone had responded. One day later, someone had. My classmate responded to me in two well-argued paragraphs, in which he respectfully explained he believed that the goal should be to educate people instead of exerting control over them. He even went so far as to mention he fully agreed with me on the idea of socialism as a form of government. I read his response over a couple of times before responding. I checked back a couple hours later to find another response. Our discussion chain continued to go back and forth until the post closed at 11:59 PM that Tuesday. I was intrigued by what my classmate was writing and satisfied we had found a middle ground on ideas we agreed on. What we were saying and arguing for was essentially very similar. We just had different ideas on how to get there. We sent each other psychology studies, videos of libertarian conventions and recommended books. Despite not being physically in a classroom setting, I had forged a connection with my classmate and had one of the most compelling discussions in any of my English classes.

At the end of the semester, my classmate and I exchanged Instagram handles and have continued our friendship, debates and conversations despite being in different states and being total strangers a couple weeks prior. We regularly send each other memes now.

Looking back on the class, all my premature worries of it being too disengaging and isolating seem a bit absurd seeing how many connections I’ve made since. I would even say it was easier to make more meaningful friendships with classmates as there wasn’t the same social aspect of high school with cliques and preformed groups. Whether I was debating classmates on politics over drawn out discussion posts, finding a common interest in photography with another student, or forging a connection with my teacher, Film and Literature turned out to be one of my most meaningful and special classes.

Advice from a Student: How to Excel in Your VHS Learning Class 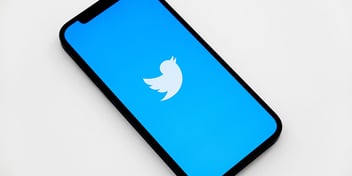 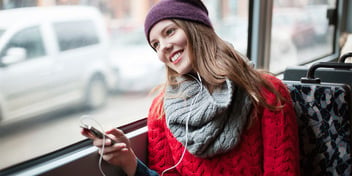